Synfig has no feature to manipulate camera view. Me and Genete arranged a workaround to have a camera fake using logarithm convert type and the zoom layer.

You could find instructions on it’s usage below.

Some synfig users got confused about the managing ValueBase Nodes of imported canvases. This tutorial demonstrates the usage of camera widget and also shows how this problem is solved in synfig-fu.

Open camera-view-example.sifz in Synfig Studio. The red border shows the area visible in camera view. You could manipulate camera by clicking on the black semi-transparent box and dragging the widget ducks.

Select “File” -> “Import” command, choose example.sifz file and press OK. The example will be placed on top of all layers. Place it at the bottom of the layers stack. 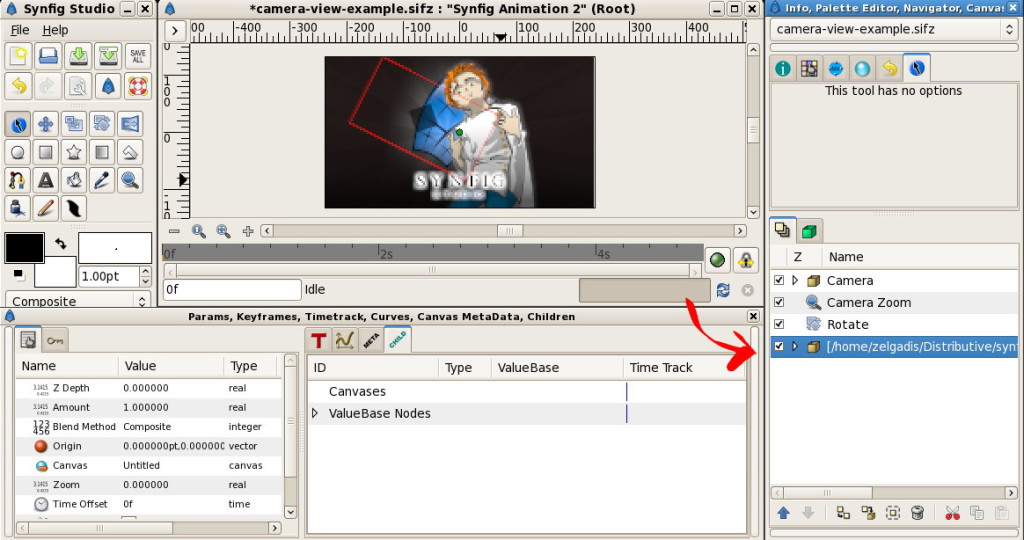 Go to the Library Panel. There you can see “camera view” ValueBase Node checkbox (it’s hidden inside of “ValueBase Nodes” tree). It allows to switch between view from the camera and general view. 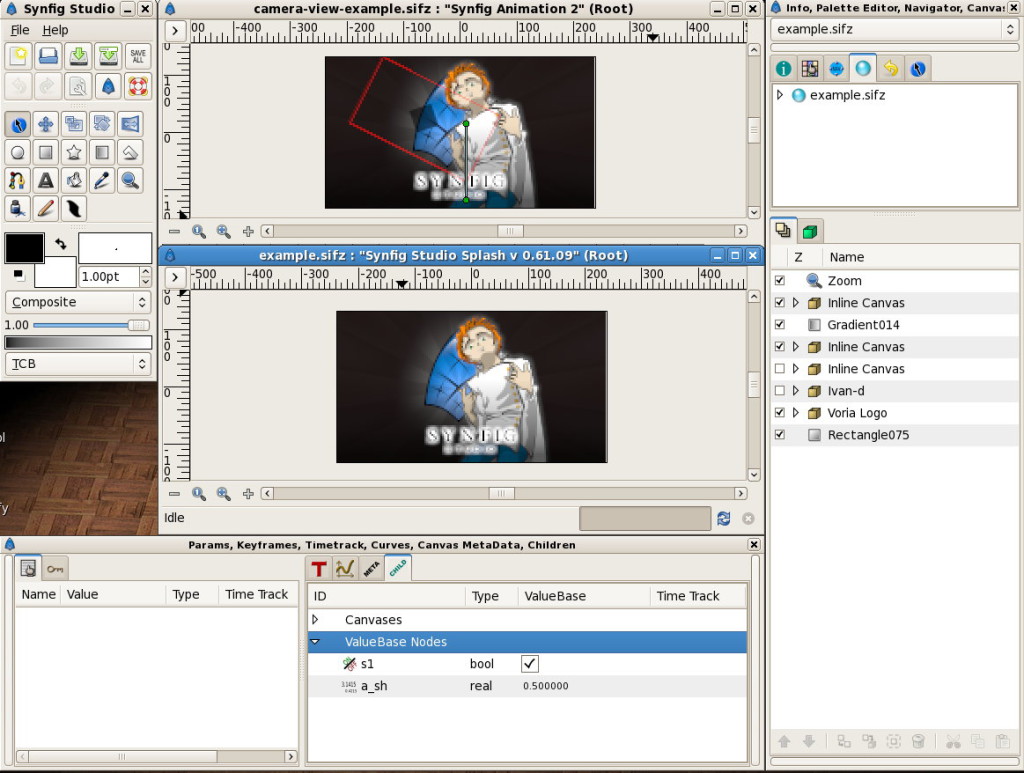 That’s all for today, good luck! 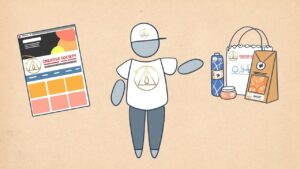 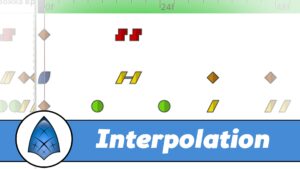 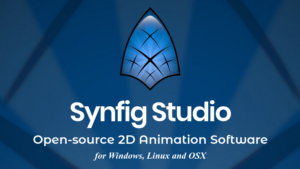