OpenToonz is based on  software “Toonz” which was developed by Digital Video S.p.A. in Italy, customized by Studio Ghibli, and has been used for creating its works for many years.

In March 2016 its source code was published under the terms of Modified BSD License. The open-source version is called OpenToonz and developed by international community.

“Morevna Edition” – is a special version of OpenToonz, which includes additional features, developed by the team of Morevna Project.

Vector and bitmap drawing tools with full support for graphic tablets allow you to create artwork of any complexity.

Sequence of drawings can be painted quickly with automatic tools, and palette colors can be edited at any time, updating automatically all the level drawings.

Automatically scan and vectorize paper drawings created by animation artists. Clean and paint them in a completely color-consistent digital environment.

Complex movements can be defined by linking objects or using motion paths, and everything can be also animated in a 3D environment, with an automatic multiplane effect.

This  edition of OpenToonz includes a special features developed by Morevna Project.

We provide both 32bit and 64bit versions of OpenToonz for Windows.

We provide and maintain binary builds of OpenToonz, which runs on any Linux distro. No need to compile.

Improved UI with comfortable horizontal timeline to control your animation.

OpenToonz Morevna Edition is a free and open-source software. The source code is available on GitHub under the terms of Modified BSD license. 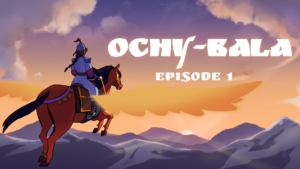 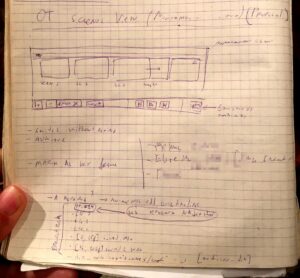 In previous report I have mentioned that I am doing some small improvements for OpenToonz. My intention is to make some improvements to make it 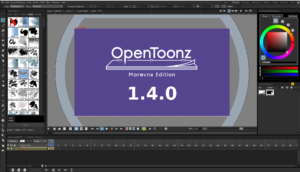 I am happy to announce the release of OpenToonz Morevna Edition version 1.4.0! This version includes all features of official OpenToonz version 1.4.0 (see release notes) + Krita-like assistants and Advanced color selector. 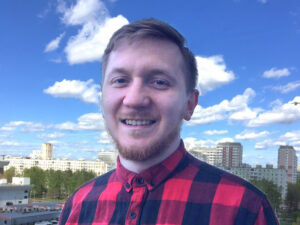 If you follow OpenToonz-related news at our blog, you might know the name of Agnyy Ignatyev (his GitHub profile) – the guy who continuously puts 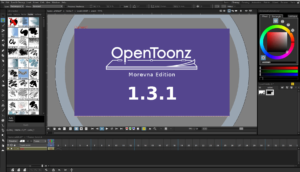 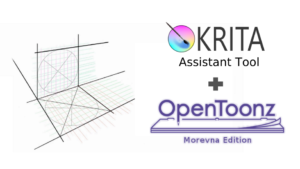 We are happy to announce the release of OpenToonz Morevna Edition version 1.3.0, which includes a long-awaited Assistant Tool! This version also includes all features

Development of OpenToonz is made possible thanks to donations of many people from all around the world. Here you can see a list of our top contirbutors. 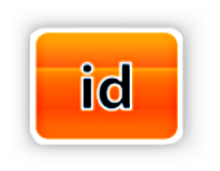 Professional animation tool for benefit of everyone