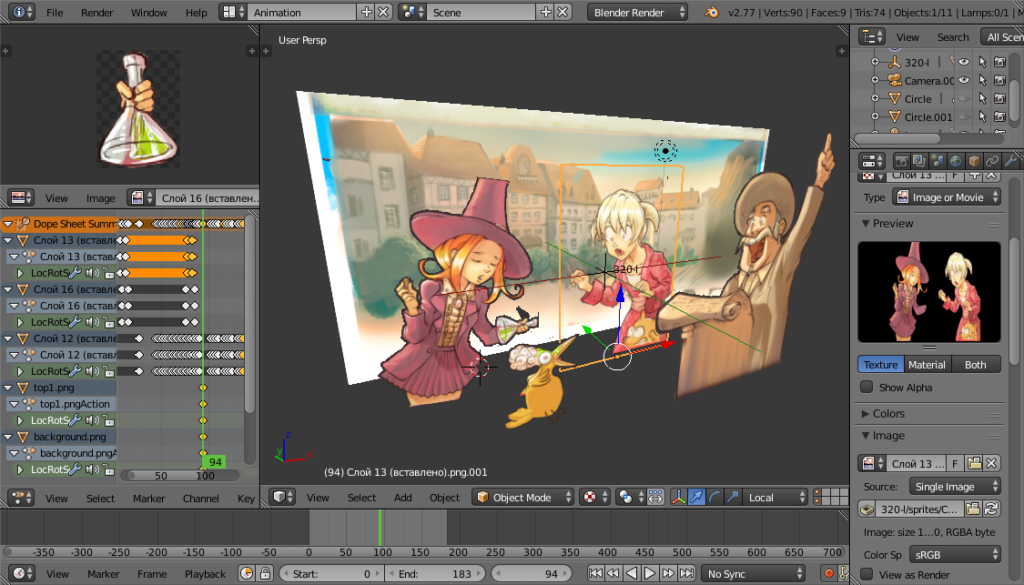 Hello, everyone! My name is Nikolai Mamashev and here goes an update about my work on animated version of  “Pepper & Carrot” web-comic by David Revoy.

NOTE: The production of animated “Pepper & Carrot” made possible thanks to 134 backers who supported my initiative via crowdfunding campaign. See campaign page for details about this project.

As the production started, my first and primary task was creation of animatic.

Animatic is a basic draft of the final work. Usually it is composed from draft drawings with minimal (rough) animation and some basic sound. In fact, animatic is an early editing of draft footage, that is made before any final animation is really done.  Having such draft is essential to get the early look at the whole work, understand its rhythm and dramaturgy.

In this particular case, instead of draft drawings I have used artwork by David Revoy from original web-comic. This simplified work a lot and made the animatic itself really shiny – it is pretty much detailed and really colorful (it is a very common practice to create animatic in grayscale). Also I didn’t hesitated to add a few shots based on my own drawings to improve the animation story flow.

By this moment the animatic is already completed. Current length is 7 an half minutes. Below you can see a thumbnail grid made from its video snapshot. 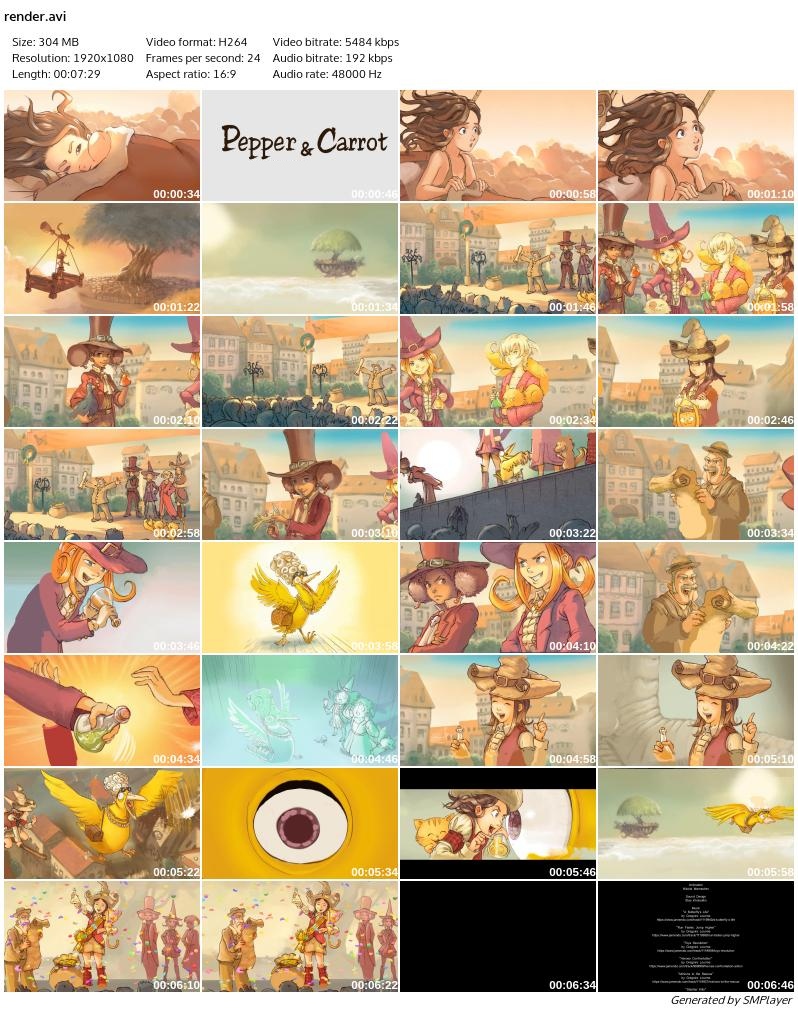 In order to compose all visuals together it was necessary to have some sound reference, because you need to know the approximate length of phrases, sound accents, etc. So, I have asked our sound engineer Stas Kholodilin to help.

First of all in the studio we made draft voice recording. You can get an idea about our hard work by listening a fragment of our recordings below.

Well, jokes aside. The draft voicing was done in Russian. This way I was able to concentrate on the proper emotions, which is hard to do for me otherwise. Of course, the final  voicing will be in English.

In addition to draft voicing, Stas have already arranged basic sound design and we made the music choice. For the music we have used tracks by French artist Grégoire Lourme. All tracks are CC BY-SA.

But that’s not all! The animation works are already started and first 9 shots are ready now. At the moment all animation stuff is done by me, but in the drawing routines I am not alone – here I get a major help from a talented student of our studio Anna Erogova (you probably already saw her name in the credits of Morevna Episode 3). She is working hard by doing a supplementary painting works in Krita.

So, this is how it goes. All Premium Patrons of Morevna Project can already watch the animatic snapshot at its current status below. English subtitles are also available.

This content is temporary hidden from public and available for our Premium Patrons only. If you are Premium Patron, please sign in to view.
Sign in | Become a Patron | Read more...